The perfect storm involves many components coming together in sync creating a much larger storm as each of the components, rather than opposing each other in some way, support each other.

We have that in our economy now as the following components seem to be in sync, or at least they are in my opinion. 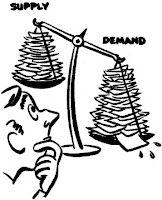 So why isn't capital demand hooking up with capital supply?  In my opinion (for some reason I feel the need to clarify that all the time), political uncertainty and instability; people (its all about people) do not invest until the rules have been defined and show some form of stability.  So why do we have political uncertainty and instability today?  The media...  The media is creating news, in my opinion <smile>, for the sake of selling news - and luckily, rapidly failing as well.  Stability is here (or coming quickly).  No matter who or what is, or will be in power, stability is here, more spending will occur and the economy will be perceived and recognized as better.  The who or what will only effect the level of good - all's good. 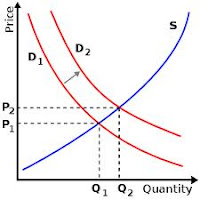 It's a great time to have business problems and be a business owner as people dream to have the problems you are about to face.

UPDATE: September 6, 2012: Someone told me today how "Office Furniture" is one of the economies leading indicators (Forward Looking) - and how hot it is NOW...