I imagine my hometown of Schenectady and Scotia, New York like it may have looked 80 years ago - with a population concentrated around the city - around where people worked, shopped and socially interacted.  A trolley running down the main street(s) with bus routes to and from the trolly stops.  People lived in an urbanized environment - simply "close".  We visited the country on our Sunday car rides or when we went on vacation.  Then came the 40s, 50s and 60s; cheap gas, a prospering economy, and a DOD project that became our Interstate Highway System (for moving troops quickly).  We went from a 15 minute commute to work to a 60 minute commute to work from the country.  I question the differences in quality of life, as a people, between the times of the early part of the 20th century and what we evolved into.  Would this have happened if energy had not been cheap, the Interstate Highway System had not been built and the times been less prosperous?  Maybe we would have been riding Brill's Baby Bullets to work and around town. 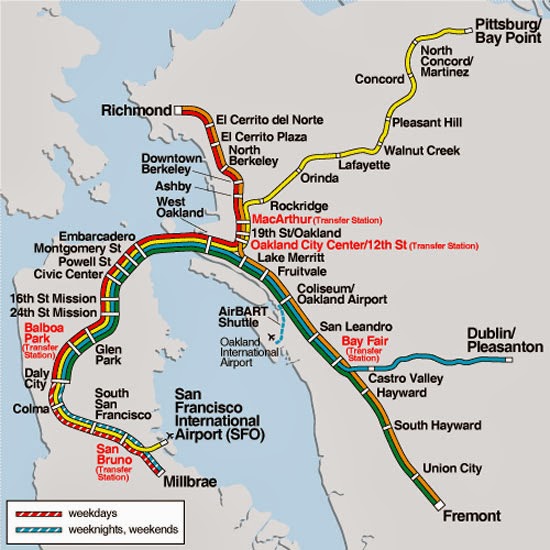 I like San Francisco as my model city.  An arterial commuter train system (BART) that interconnects several major cities in the Bay Area.  A bus/subway system (MUNI) that connects from BART around and within the major cities and then free "around town" bus/trolleys that provide in town transportation between commerce and shopping locations. Oh, and just in case you need a car for a couple hours - walk up to the corner and get in a Zip Car - No more need for a personal vehicle - rent it by the hour. UPDATE: 1/2/2013 - NBCNews.com: Avis buying Zipcar in $500 million all-cash deal.

People will say "that they don't live near a city"... then for the sake of sleeping in the county, they will pay more for energy, pay more for vehicles, pay more for insurance and drive on roads that will remain in disrepair as the population will not pass the tax bonds to pay for the repair and replacement of roads they don't drive.  UPDATE: 1/3/2013 - Why This CEO Doesn’t Own A Car: The Rise Of Dis-Ownership.

Which cities are ahead of the curve?  10 Best Cities for Public Transportation per U.S.News & World Report February 2011 article.. 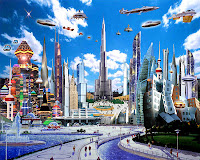 "Local" will become much more important in out future. Buy.Eat.Live.Local.

As much as I would like to take credit for this/these prediction(s), I can't as there are already so many government and business studies that talk about this trend, the whys and the outcomes.  What I will point out, in a series of blog entries, are the business opportunities that I believe will be created during, and as an outcome of, this evolution.

The biggest causes of the coming re-urbanization are somewhat obvious:

The whys and the outcomes are a bit less obvious.  Then there are the "Wheres"; where should you be in 2020 or 2030 and beyond.

I will relate this evolution to business and economic changes - changes that represent opportunities for some and a demise for others.

The Buy Local campaigns we see and hear about are just the beginning - some think they are just lip service put on by the local chambers - I believe they are beginnings of a change to self sustaining and complete socioeconomic microcosms - wow, that sounds way to technical; let's just call it our Hometown.

And yes, my thoughts and predictions are an opportunity I am betting on. - Buy. Eat. Live. Local. TM

Localization - It's about Much More Than Printing.

As anyone who follows this blog or knows the Time4 and LightsOn initiative; it is quite simple: Make Our Customer Succeed.  We are all about recreating local in a world that knows more about a Jersey Shore celebrity than their own neighbor.  Lets fix this by starting in our own home town.  The following three past articles give some background to this idea.
Over the last couple months we have been testing our "Buy. Eat. Live. Local." concept with the purpose of moving "Buy Local" from a lip service to a way of life - our lives and our future.  We have made the objective of "Buy. Eat. Live. Local." a product (evolving as it is) to help communities across the country by providing it to local entrepreneurs who, most importantly, live there, work there and buy there.  Have you ever been there?

"Buy. Eat. Live. Local." is the coming together of many environmental, business, social and economic factors.  One of the biggest factors is the forth coming re-urbanization of America over the next 20-30 years which I will be writing about extensively.  For those as old as I, think about it as Megatrends 2013.


How well grasped is this concept?
Here is the Town of Windham Maine's ad - a paid ad - giving 10 reasons why this just makes sense.  So Shop Smart and Shop Local. 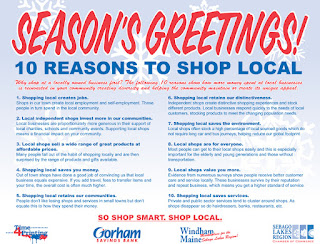 
”Natural Communities Form Around Community and Commerce Centers”.
Buy. Eat. Live. Local
In almost all cases your Windham merchant will provide
Better Service at a Better Price with Less Hassle.
Why?  You know them – They depend on Windham people and they live in Windham.
Buy. Eat. Live. Local and watch Windham grow.

This is not a concept coming to your home town, it's already there !!!