Re-Urbanization - Let's Start with Reining in the Banks

Until the 1970s, banking was governed primarily by state laws, and banks could do business only in their home states. From the mid-70s through 1999, a series of laws deregulated banking eliminating state lines until banking became completely deregulated; those laws and acts included:

In my opinion, deregulating the banks was one of the biggest mistakes that our government made (allowed) over the last 30 years, but I can only say that in hindsight.  I believed in deregulation of all commerce; only wisdom has taught me differently.

So why did deregulation occur?  Technology, competitive opportunity and expansion, a spreading of the capital to where it was needed, and finally, an economy of scale - a more efficient system.  All of these reasons make sense - most occurred and some did not ("...banks peak in efficiency when they reach the size of a small regional institution". says Stacy Mitchell of The Institute of Self Reliance - watch her TED presentation). 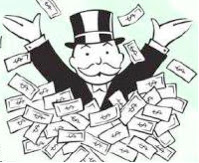 So why was deregulation bad? Very simply, money no longer had to stay close to home.  Banks could invest your money in projects and products anywhere.  Since the idea of business is "to profit", money went to where the most profits could be obtained (the money business is much different than services or manufacturing where location in significant).  Sometimes the money went to bad mortgage instruments - the rules allowed this.  Sure there were problems like the ones the media made big, but things like big bonuses were earned by creative smart people working within the rules - oh yeah... Having banks working within state boundaries would have greatly limited the size of those bonuses as well - simply, the market would not have been as large. 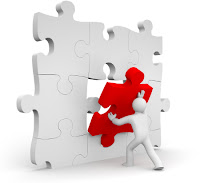 So what is the solution here?  Keep money local - local mortgages, local business, local commerce, local people.  In my opinion, moving banks back to being state regulated would solve the problem.  This is a monumental task that some people would scream out to be impossible to accomplish. It's not.  It was done with ATT (modern history)  and Standard Oil (early in the 20th century); in both cases, the sum of the parts were greater then the whole as competition and creativity boomed.  So, how?  It will be a process much like, but much easier (IMHO) than the aforementioned examples.  Regretfully, only the people would share this interests - the banks, their lobbyists, and most importantly, the money would have no interest in this.  I would be perceived by the money (and thus the media) as a flaming liberal (whatever that means).