Twitter, the other "social networking" tool that few understand why.

So where is the great value here as I don't care what Kim Kardashian is wearing today.  Add to that, do any of us real people use it?

The first thing we need to understand is how it is different from Facebook.  Think of Facebook as your snail mail box at Christmas time; we receive letters and cards from our friends and relatives as well ads from places we buy - except with Facebook, it's Christmas every day.  We have the capability to keep up (or be kept up) with those distant relatives we normally see at weddings and/or funerals (and still receive Christmas cards).  We keep up with our interests and favorite places (stores) as well as get kept up with those places (stores) that buy in (advertising). 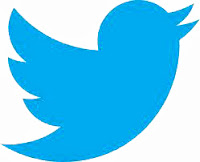 Twitter is much different from Facebook in that it is neither about being kept up or keeping up even though people do both with it.

Twitter is about being found.  Twitter is about creating relevance in the SEO world (Search Engine Optimization).  Relevance is what moves a search up on the the search engines (Google / Bing).

This is why TV and commercial brands create Twitter campaigns - It's why we see the hashtags (#) everywhere. 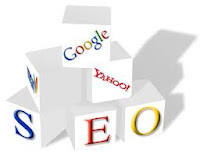 Every time, for every tweet, "bots" (Search Engine Robots) grab those tweets and create relevance tables - a far better approach to relevance than meta keywords.  For more detailed information on this read my article from June 14, 2013 "The SEO - Twitter Secret That SEO Service Sellers Don't Talk About ( Because they don't know it !! )" and my August 29, 2012 article "Search Engine Optimization (SEO)".  In Twitter it's all about creating relevance in the tweet multiplied (not literally) by the number of followers of the tweeter (bonus for retweets).  This is also something Facebook does not and can not do (at least with the same effectiveness).  Twitter, and specifically Tweets, gets you found by moving you up in the search engines - this has a huge commercial value.  It's less about people reading it and more about the bots seeing it.

So the Twitter IPO (coming any day).  Twitter will have the traditional run-up that high profile companies have on day one and two of trading.  Twitter does not have the hype power Facebook had - The few who have the opportunity to get in on the IPO (kinda like granted land rather than deeded land) will do well as Twitter will leave some "money on the table" (going public term - the difference between the IPO price and the close price on day one).  In Facebook's case, they took extra money off the table (the companies objective and dream). making entities (big entities only) upset because the did not get the day one score they normally get with high profile IPOs.

IMHO, this will be a good investment because 'the market' does not understand Twitter's value.

In full disclosure - I am biased.

The Perfect Storm (Economically Speaking) a Year Later. The Worst (Best) is Yet To Come.


To understand this article you will need to read my article from a year ago with a similar name.  The Perfect Storm (Economically Speaking).  What's different, what's new, what have we learned and how far have we come and where are we going?

Capital, even though it is hemorrhaging slowly, is still pent-up. It needs to flow faster to the capital demand and will as it realizes it is missing opportunities (which it is).  What do the markets think?  Go to almost any trade show this year - They are bigger and the crowds are huge, much larger than just last year.  This is definitely a leading indicator of the state of our economy (Peter Lynch style).

Businesses are spending and hiring; the pace on both is going to increase.  Last year I felt like we were in a sling shot still pulling back (potential energy) - it's definitely moving forward now (kinetic energy).

As I have said before, a government that is indecisive, causes money to sit still - no one invests when the rules-of-the-game have not been defined.  Today, even though the rules still need some tuning, the capital and venture markets can no longer hold back - we are moving to flowing dollars.  What is even more amazing (IMHO), business activity is driving our government policies to make decisions (immigration reform). 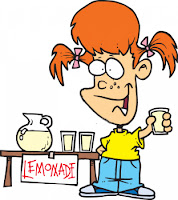 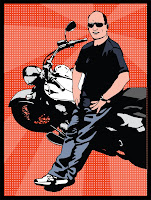 Oh, and I took the summer off from writing :) .