The Similarities Between Mother Nature and Our Economy - The Sun is Shining. 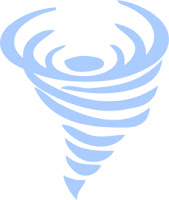 Nature has an unwritten rule: “Survival of the Fittest”.  During fat times species flourish, populations grow and animals get fat.  Then Mother Nature unleashes her fury; there are droughts, hurricanes, volcanoes, tornadoes, earth quakes and asteroids all creating despair.  After the fury and, as again, the sun shines, the strongest, most innovative, most persistent and most prepared survived - weeding out the weak and making for a stronger balance in nature for the times ahead.  Mother Nature’s Fury repeats itself.  We recognize it as a thinning process; as terrible and cruel as it is, we accept it.

When I was doing volunteer work for SCORE, I frequently spoke to small businesses about the difficulties of a recession using the 'Mother Nature’s Fury' analogy.  Recessions are about survival for many businesses; those that survive will be stronger as they learned to be innovative (even disruptive) and persist.  The survivors will find there is less competition and more opportunity in post recession times..

The sun is shining. 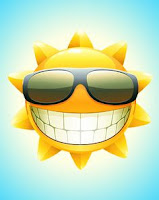 Further Note on Current Times: Even though we are long out of recessionary times, we still have an economy that has a pent up demand and money sitting on the sidelines looking for a place to go. It (the economy) will likely get better in our near future - in spite of what people say, this is not the new norm.